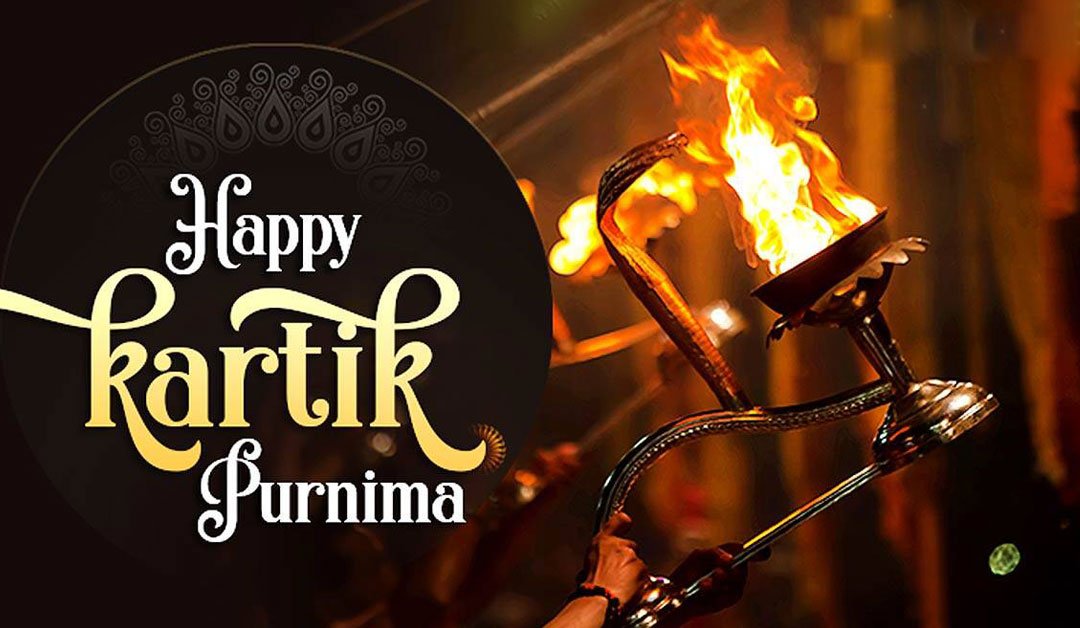 According to Hindu calendar, Karthik is the eight lunar month and the full moon which occurs during the month of Karthik is known as Karthik Purnima.

The celebration of Karthik Purnima begins on the day of Prabodhini Ekadashi. Ekadashi is also known as Devuthana Ekadashi.

In India, this day is celebrated as a festival by Hindu, Muslim, and Jain people. It is also known as Tripuri Purnima and Dev Diwali.Karthik Purnima is popular festival celebrated in South India and Sri Lanka on a different date.

The tradition of lighting the lamps on the Dev – Diwali (Karthik Purnima) festival day was first started at the Panchganga Ghat in 1985. This month (Karthik) has an important and auspicious significance in Hindu culture. The Karthik month started from November 01, will last till November 30 .In this month, the devotees not only worship Lord Vishnu but they also worship goddess Lakshmi.

Karthik means the one who bestows courage and happiness. This month is very significant in Hindu culture because the devotees keep fast throughout the day and consume food only after watching the full moon.

They also take a bath in the evening after moonrise and offer worship. Karthik Purnima celebrates the victory of Lord Shiva over the demon Tripurasur. On the occasion when Karthik Purnima falls in the Karthik nakshatra, it is known as Maha Karthik Purnima.

On this day, Gods descend to earth in the sacred rivers .Hence, by taking a holy dip in sacred rivers; devotees receive the divine blessings of God. Karthik Purnima is also known as the birth anniversary of Sikh Guru Nanak Dev.

According to the beliefs, there was a monster called Tarakasur who had three sons- Tarkash, Kamalaksh, and Vidyunamali. He was killed by the son of Lord Shiva, ‘Kartikeya’.

After the death of their father, the trio (Tarakasur’s sons) practiced severe penance to receive boons from Lord Brahma. They asked for a blessing to live forever. Lord Brahma asked them to demand something else, after which, they asked Lord Brahma to build three cities in space.

They said that the deity who had the possibility of destroying everything at once would only become the reason of their death.

Lord Shiva, who decided to finish these monsters boarded a vehicle made up Gold particles and killed all of them on full- moon. Since then, the festival is known as Tripuri Purnima or Karthik Purnima.

How to Celebrate Karthik Purnima?

Karthik Purnima is the very popular day for bathing in the Ganga at Varanasi. The devotees also take a bath during moonrise. After sacred bath one should lit the Karthik Deepam in the house and around the house.

People should also light earthen lamps in Shiva and Vishnu’s temples during sunrise and sunset lamps should be lit with the Ghee made from the cow’s milk.

Tulsi Vivah takes place on the last day of this felicitous festival as this day is considered very sacred for the marriage ceremony. People participate and indulge themselves in Bhandara and Anna Daan ritual to gain immovable property and prosperity throughout the year.

The festival of Karthik Purnima celebrated for five days-